I was commissioned by Curtin University, through Annette Hasluck from Rubis to design and paint two sections of road designated as 5km/hr (mixed cars and pedestrians) in the northern area of the campus. The concept was to grab motorists’ attention and slow them down. (I hope it works!). Each road section is about 36 metres long and 5+metres wide. We used DuluxRoadmaster A1 paint which has a limited colour range and very fast drying. The work was completed during December and January to minimise disruption to the university’s roads. I was assisted in this project by George Howlett, Alex Tandy and Max Richards. In July August 2017 two more sections of road at Curtin University were completed near Building 304 shared space and the bus station. This project incorporated thermoplastic shapes to produce a tactile sensation. I worked with Traffic Systems West in the execurion of both roads in conjunction with a large number of assistants. 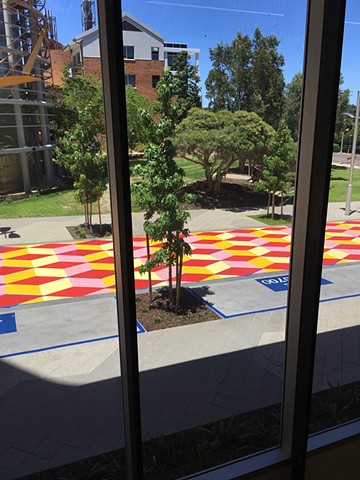 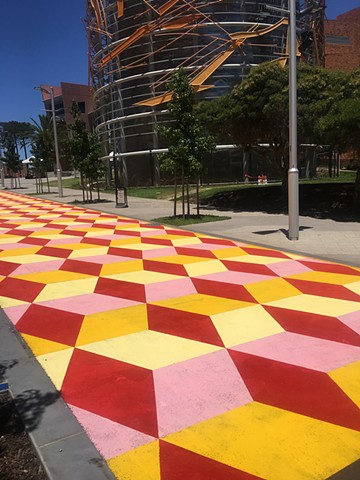 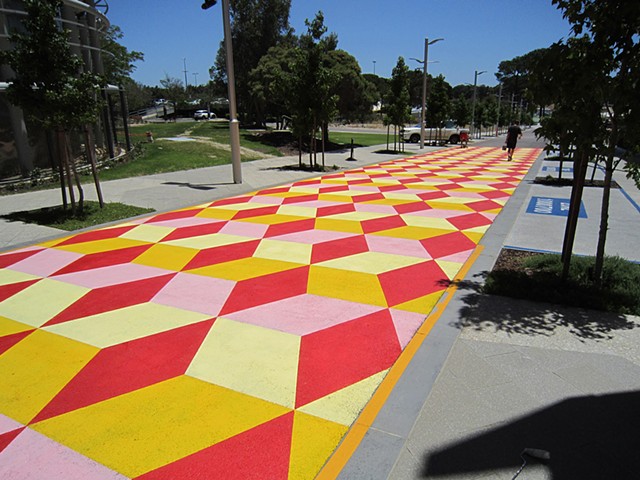 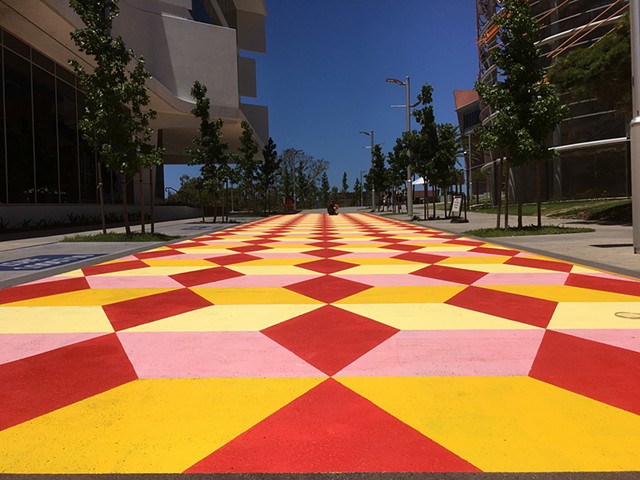 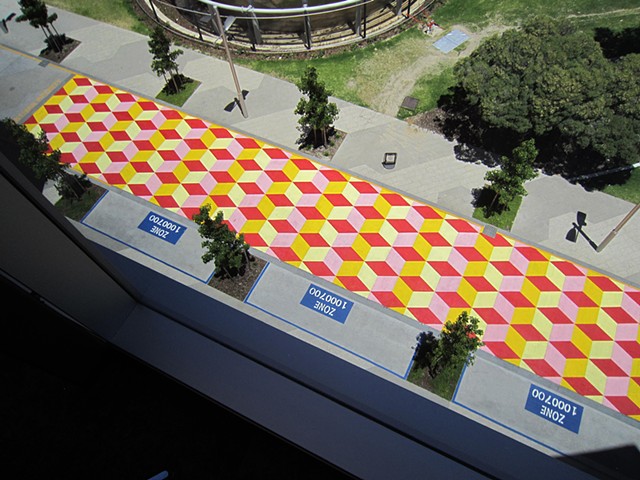 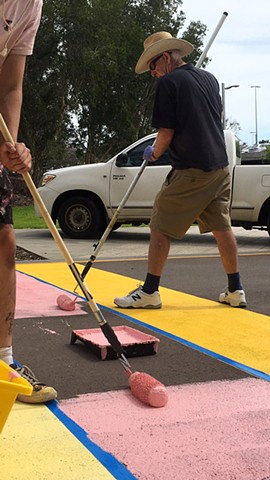 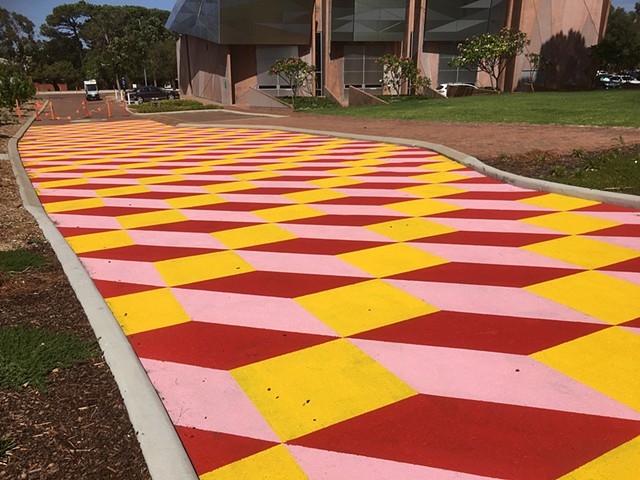 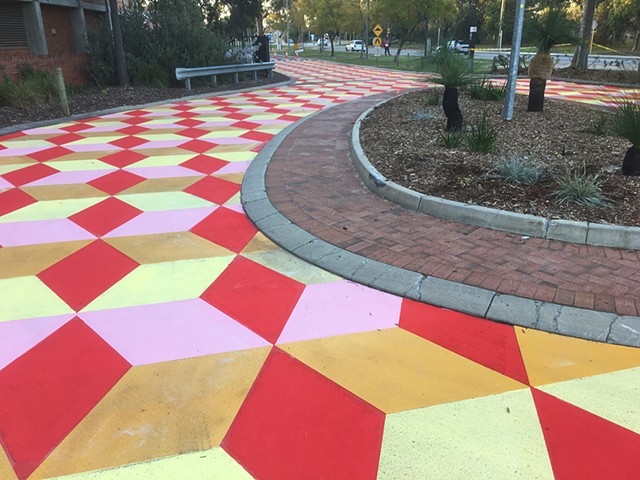 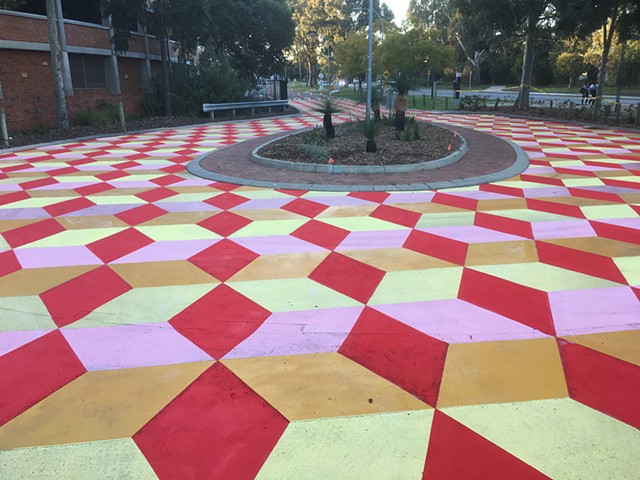