The first shop window was completed by in early 2013 - this design was derived from a floor tile pattern discovered at the New Norcia Hotel, formerly a Benedictine Hostel. All the other designs, completed July 2014, are also inspired by mosaic tile patterns from churches and other buildings around the world. Trevor Richards lives and works in Fremantle. His practice over the past thirty years has encompassed painting, sculpture, video, photography and installation. In the past decade he has shown work extensively in Europe. He draws on a wide range of influences, including Islamic patterning, architectural modelling, tessellations and an interest in the play of structures in everyday life. Richards exhibits his work in Perth with Turner Galleries. Assisted by Zora Kreuzer, Hawk Winston Hawk, George Howlett, Betty Richards and Thelma John. Supported by Gallery Central at Central Institute of Technology. Sponsored by the owner of the buildings, the Metropolitan Redevelopment Authority. 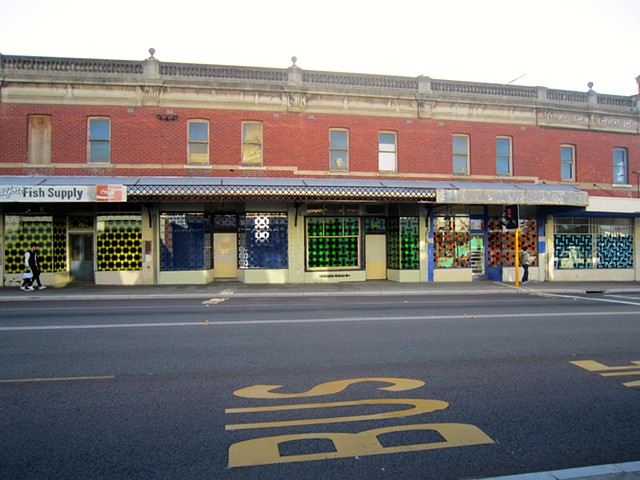 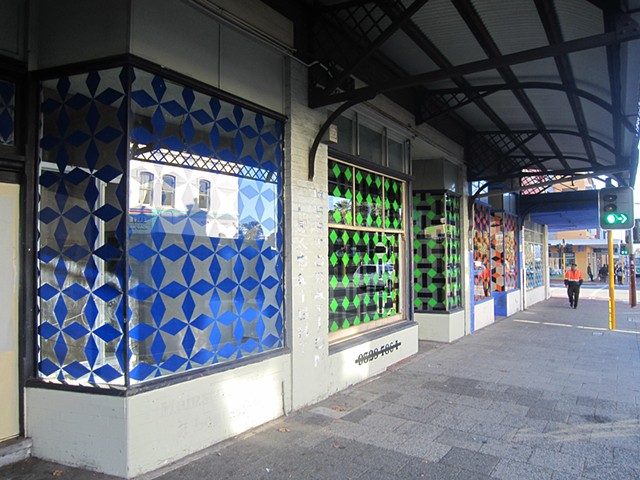 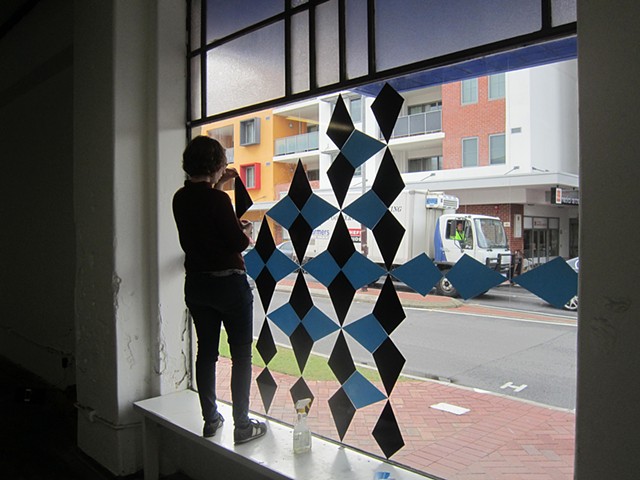 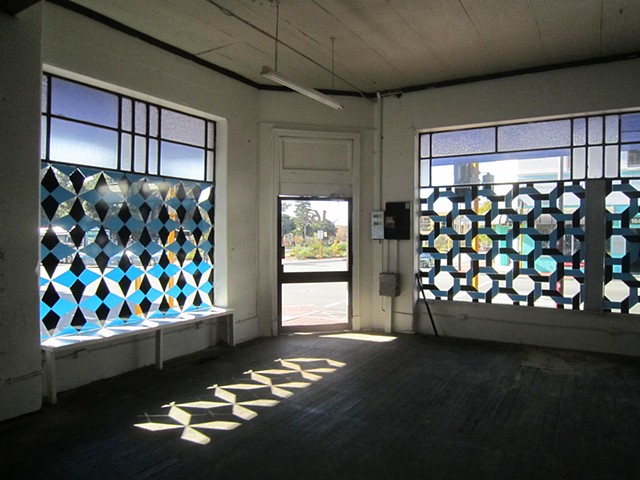 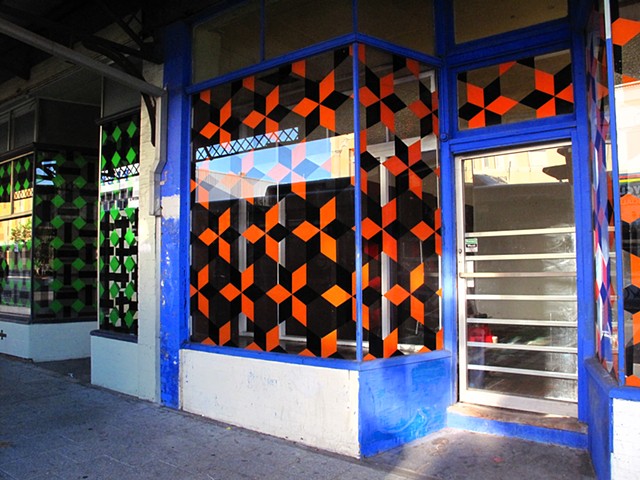 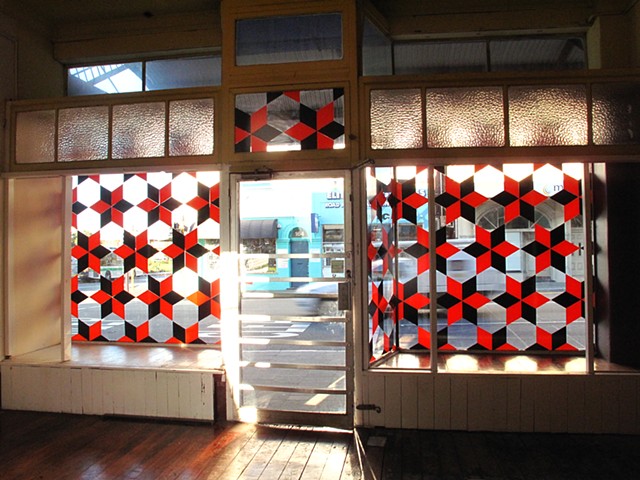 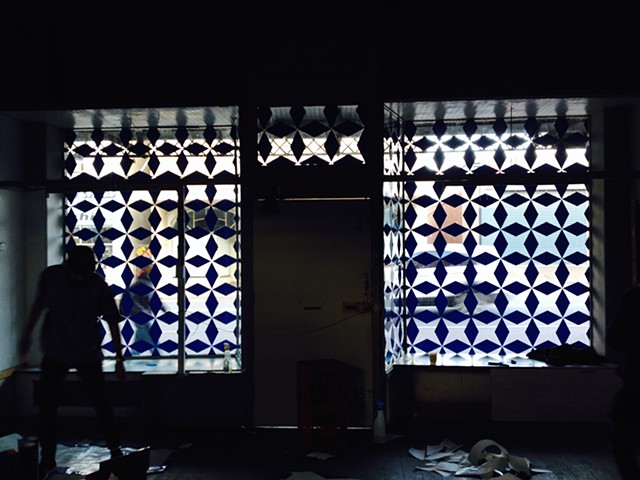 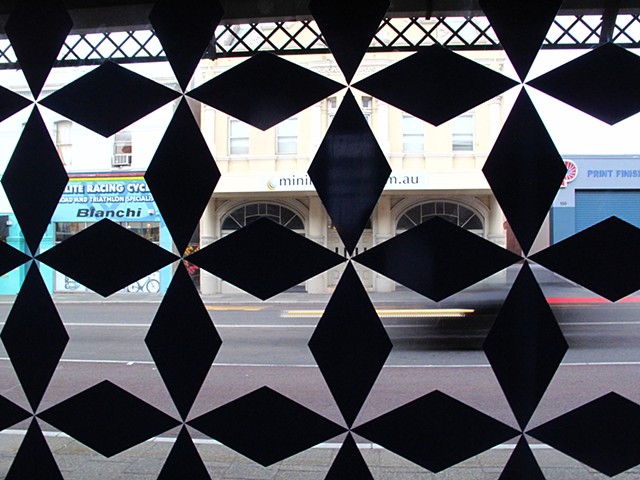 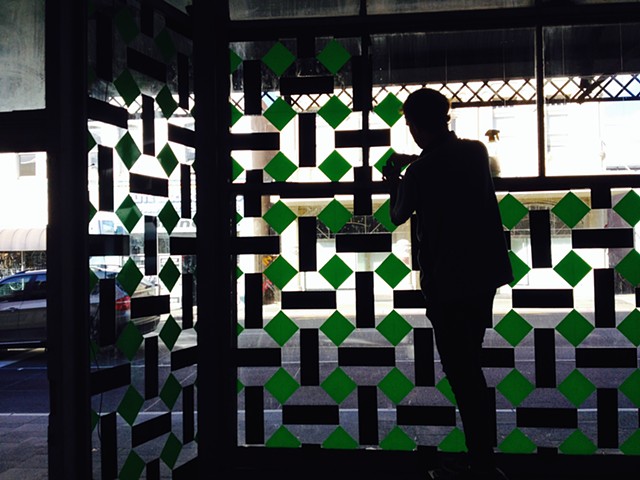 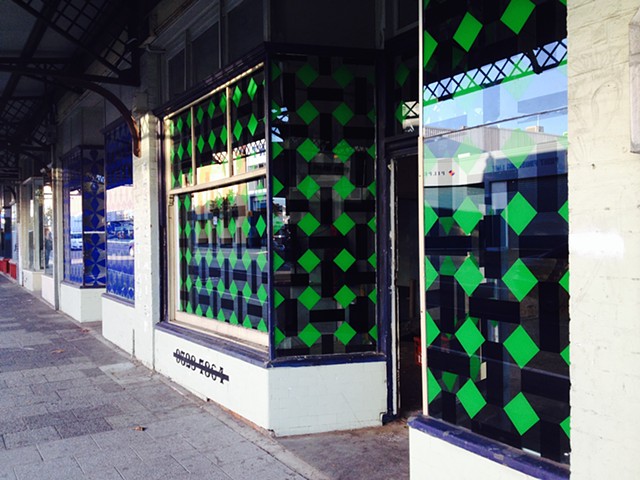 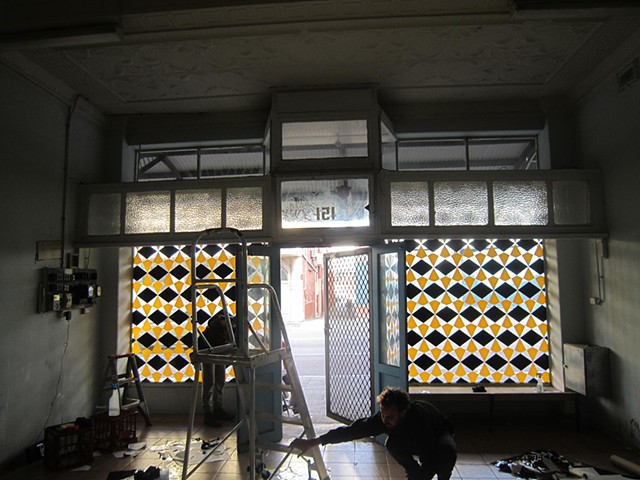 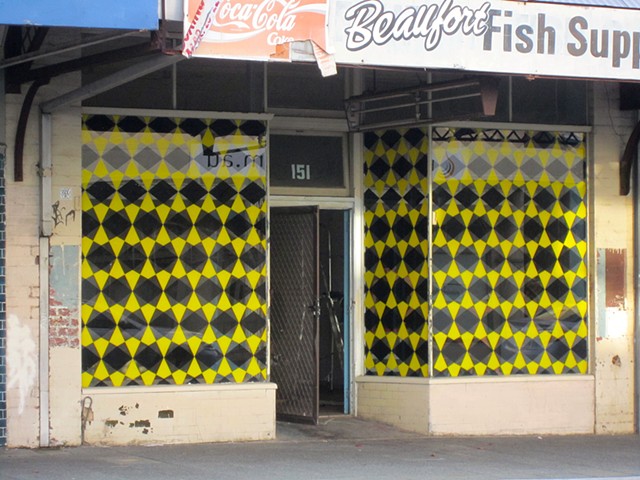